The Springfield (Heat) Minor Softball Association (SMSA) was created in 2010 in order to offer a girls softball program to the residents of Springfield.  We are a group of dedicated volunteers with a vision to bring the softball experience to girls in the Rural Municipality of Springfield, and would love your feedback, help or even donations to help make this possible.

Our mission is to provide opportunities for girls in Springfield to develop core softball skills by promoting athleticism, team spirit and individual achievement. 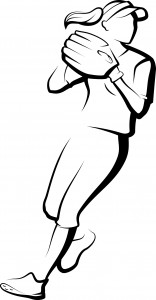 We offer the potential for girls in the RM of Springfield to play on a local team if they are between the ages of 6 and 18.   As an association, we are very much focused on player development.  This means helping players acquire and refine their skills, become better athletes, and learning to work together as members of a team.  There is nothing more rewarding in softball than a play that is well executed.  We celebrate those moments, even if they come from the other team!

Following the guidelines and regulations of Softball Manitoba, we are rostered with the Capital Region Softball League.

Softball at the community level in Manitoba is played primarily at the B division level, although Learn to Play programs are considered “C” level play. SMSA makes a distinction between B1 and B2 subdivisions/teams based primarily on the expected level of competitiveness. B1 teams shall be deemed to be the most competitive with the full intent of participating in the annual Provincial Championships. B1 teams may also have higher demands with respect to practice times and more strict assignment of player positions. B2 teams, on the other hand, are generally more flexible with respect to position assignments, carry no expectation of participation in Provincial Championships and provide more of an atmosphere of fun and learning while still playing competitive games against other teams.

SMSA teams will be based out of the Springfield area and play teams in the City of Winnipeg and other rural communities (with the possibility of travel to Steinbach, Selkirk, Starbuck, Warren, La Salle). Once each association holds their registration night and the number of teams at each level are determined, a scheduling meeting is held with Manitoba Softball.  Then, the final schedule for each team shall be posted on this website.